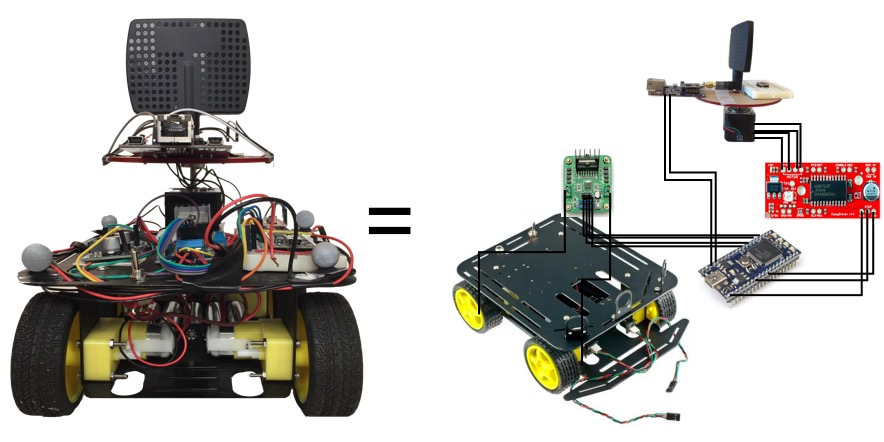 ARREST: A RSSI Based Approach for Mobile Sensing and Tracking of a Moving Object

We present Autonomous Rssi based RElative poSitioning and Tracking (ARREST), a new robotic sensing system for tracking and following a moving, RF-emitting object, which we refer to as the Leader, solely based on signal strength information. Our proposed tracking agent, which we refer to as the TrackBot, uses a single rotating, off-the-shelf, directional antenna, novel angle and relative speed estimation algorithms, and Kalman filtering to continually estimate the relative position of the Leader with decimeter level accuracy (which is comparable to a state-of-the-art multiple access point based RF-localization system) and the relative speed of the Leader with accuracy on the order of 1 m/s. The TrackBot feeds the relative position and speed estimates into a Linear Quadratic Gaussian (LQG) controller to generate a set of control outputs to control the orientation and the movement of the TrackBot. We perform an extensive set of real world experiments with a full-fledged prototype to demonstrate that the TrackBot is able to stay within 5m of the Leader with: (1) more than 99% probability in line of sight scenarios, and (2) more than 75% probability in no line of sight scenarios, when it moves 1.8X faster than the Leader.